It’s been a bit quieter than usual on this blog the past few days, because I’ve been away. Not, sadly, on a lovely holiday to a warm beach, but in Exeter, where I was helping to organise a conference on cobbled paths in Devon’s churchyards. (It went well, since you ask).

Sadly, Exeter is a bit of a hike from London, so I had to travel down the evening before the conference (Thursday) and didn’t get back until late Friday night. Which meant when I kissed Tom goodbye at nursery on Thursday morning, I knew I wouldn’t see him again until Saturday morning, nearly 48 hours later.

This isn’t the first time I’ve left Tom overnight. That was back in June, when he was 9 months old and I had to go to Derbyshire to run a masterclass on the repair of slate roofs. I left him again in August to go to a friend’s hen do in Cornwall, and again for her wedding in September. Then again for one night of that five-day course back in October.

While leaving Tom during the day can often be a much welcomed break, I worry quite a lot when I’m away from him overnight, especially if it is somewhere it would take me a while to get back from. However, I have to say it is getting easier each time. That first time in June, I was pretty emotional (and had a stinking cold, which didn’t help). This time, I missed him and Mr Techno and thought about them a fair bit, but I was also very busy, so didn’t have too much time to dwell.

As well as keeping busy, it has been very helpful to know that I am leaving him with people I can absolutely trust. For most of my nights away, Mr Techno has been here so there has been no question that Tom will be looked after well. He was with me for the wedding in September, so my mum took Tom. She’s really great at following our preferences exactly and I can be sure that she will make sure Tom naps and eats and gets his nappy changed – and has a lovely time playing too. I’ve not left him with my mother-in-law overnight yet, but I know she’d be the same, as she is always brilliant when I leave him with her during the day. All of them are also great at keeping me updated – often with pictures sent over Whatsapp – so I know Tom is happy and well.

Because I am a control freak, anyone who takes care of Tom finds he comes with an instruction manual – really just a page with his normal routine, plus details of how to put him down for naps/bed, what to do if he is upset and how the cloth nappies work. Knowing they have it is really helpful to me in relaxing about being away, and also means that they have an easy reference and don’t have to call me every time something comes up. Leaving emergency numbers – contact details for both me and Mr Techno, and his doctor – is also a good idea just in case.

With all that in place, I can relax when I am away and know that Tom is well cared for. Though I was definitely very pleased to see this little face when I woke up on Saturday! 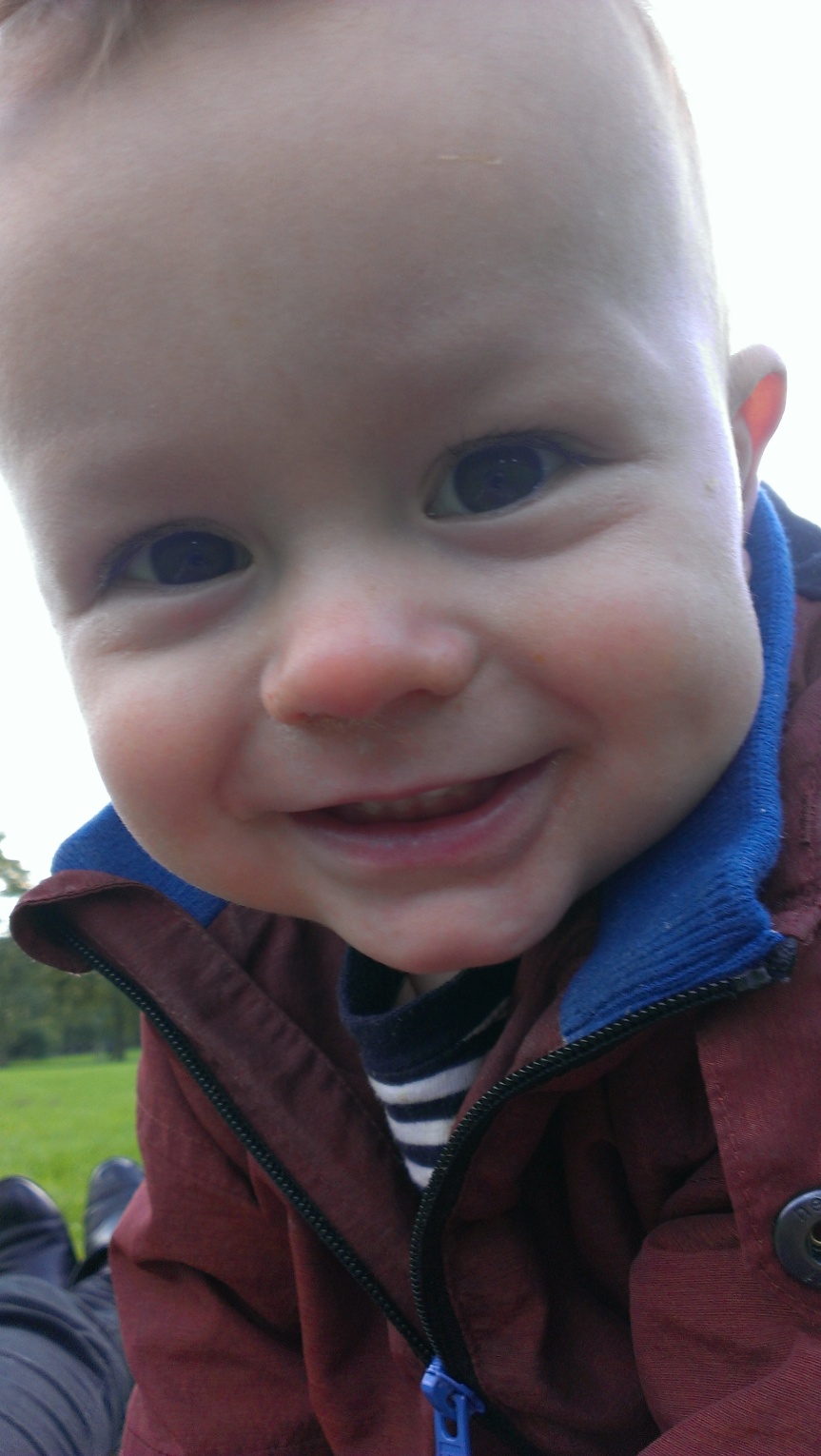